What Is A Recession And Why Is Today’s Unique? 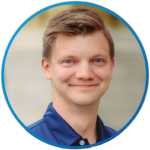 You’ve likely caught the term “recession” thrown around on the news in the last several months. But, do you know the exact definition of a recession? How is it different from a depression? How long do recessions last?

A recession is a widespread economic decline in a designated region lasting several months or more. In a recession, the gross domestic product (GDP), or the total value of all goods and services produced in the region, decreases for two consecutive quarters. In most recessions, the GDP growth will slow for several quarters before it turns negative.

Depressions also last longer than recessions. The Great Depression officially lasted four years, but continued to impact the economy for more than a decade. In contrast, recessions last only about 11 months, according to data from the National Bureau of Economic Research (NBER).

The COVID-19 recession, also known as the coronavirus recession, is unique because it was not sparked by any inherent problem within the economy.

Another anomaly of the coronavirus recession is the super-healthy state of the economy before it hit. In February, unemployment levels were at a 50-year low, stock markets were at a record high and the U.S. economy had enjoyed its longest period of growth in history.

The unusual triggers and the explosive start of the current recession may be good news for its end. An April Reuters poll found that nearly half of 45 economists believed the U.S. recovery would be U-shaped; meaning relatively quick. However, market uncertainty will remain as long as the pandemic lingers.